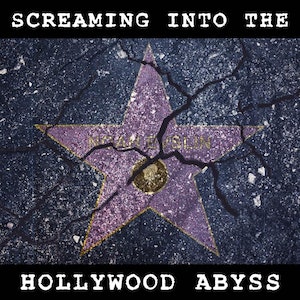 A new must-listen in the "Pro Writers Host Podcasts" category

This has quickly become a must-listen for anyone who's interested in being a pro writer or who just likes real, pragmatic stories about the behind-the-scenes life in Hollywood. It's focused specifically on people's rejections and failures, and it's s till a wildly entertaining listen. Noah Evslin, himself a pro writer who's had his share of ups and downs, and his co-host Dan Rutstein has experience as an interview. The duo has already landed some great guests -- Adele Lim (CRAZY RICH ASIANS), Robert Hewitt Wolfe (STAR TREK: DEEP SPACE NINE), and others.

If you like THE MOMENT with Brian Koppelman, or HAPPIER IN HOLLYWOOD from Liz Craft & Sarah Fain, or if you're pursuing any kind of film & TV career, this is the podcast for you.

Caveat: Co-host Dan Rutstein is not to everyone's taste, and is inexplicably mean on several occasions to Noah, and also starts off a lot of interviews by being weirdly rude to the guests. "You're successful...you know this is about failure… *why'd* you come on this podcast?" Um, because you invited them, Dan?

I'm assuming Dan is like an evil John August and handles most of the podcasting duties, but it's the one seriously off-putting element of this podcast. And no, I've never met Noah personally.

Anyway, still very much a must-listen.

Feb. 27, 2021 by GregMachListener on Apple Podcasts

Screaming into the Hollywood Abyss